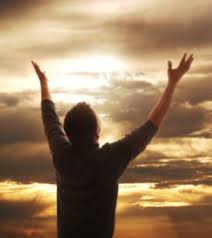 Pharmacotherapy is one tool in the treatment of addiction to substances.  People can become addicted to alcohol, prescription drugs or illegal drugs such as heroin, cocaine or amphetamines.  Methadone is the most often used drug for treating heroin, oxycodone and morphine addiction.  It works by reducing the cravings for opioid drugs and so reducing the use of these drugs.  Methadone can be used indefinitely and is usually commenced after the patient has had a period of detoxification or withdrawal from the substance of abuse.  This withdrawal is usually done under medical supervision in a residential facility.

Although the patient can later be taken off methadone, a 2005 study called the Australian National Evaluation of Pharmacotherapies for Opioid Dependence found that it was better for patients to remain on methadone indefinitely as there was a 79 to 100% relapse rate within three months for patients who have been withdrawn from the drug by addiction treatment in Melbourne.  Naltrexone is the other popular drug for treating opiate dependency.  It is an opioid antagonist and it is started, like methadone, after a period of detox in a residential setting so that the patient can be supervised initially.  Naltrexone works by blocking the euphoric effects of prescription and non-prescription pills or injections so the patient does not get a “high” from taking the substance they are addicted to.  It can be used for alcohol addiction as well as for opiates but it has not been shown to be as effective as other treatments on offer.

The drug Acamprosate has been shown to be effective in treating severe alcohol dependency but is not a cure-all drug that works in all cases.  Disulfiram (also called Antabuse) is another drug that has been used to treat alcohol abuse with some success.  It works by giving the patient an unpleasant physical reaction if he or she drinks alcohol after taking the drug.  The effects include nausea, palpitations and hot flushes.  I thought this one was interesting because drinking to excess has its own negative physical reactions so I couldn’t imagine that if that wasn’t enough to put you off then more unpleasant results would hardly matter.

Regardless of the substance involved, effective treatment of drug and alcohol rehabilitation in Australia on working with the physical as well as the emotional needs of the patient on their road to recovery.  It is important to treat the multiple needs of the patient in any drug rehabilitation program and this may include pharmacotherapy as we have discussed as well as counselling and medical treatment for any other health issues.  In cases of severe dependence, treatment is usually begun with the patient entering a rehabilitation facility.  This may be a facility that specialises in drug therapy or it may be a mental health facility.  The other important aspect of addiction treatment is involving the family unit, with family therapy being helpful to support the recovery of the patient after they leave the rehab facility.